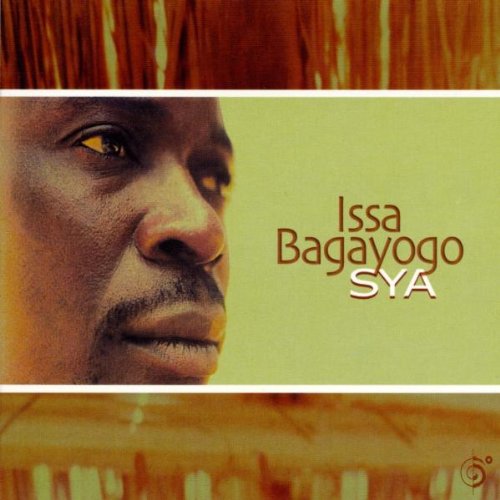 "p""The more I listen, the more I believe this may come to be seen as a classic milestone for African music and Malian music in particular."-Charlie Gillett/BBC World Service "h3"Amazon.com "p"Many world music fans will recall Issa Bagayogo's Timbuktu, the Malian artist's stateside debut. However, Bagayogo first struck gold on "i"Sya, originally released in 1998 to great acclaim in Europe and Mali. It's on Sya that Bagayogo, guitarist Moussa Kone, and programmer Yves Wernert first infused traditional Malian music with electronic beats and other technological production techniques. Creating a more unobtrusive backing than would be heard on Timbuktu, Wernert's programming on "i"Sya not only updated the traditional music, but did so without overshadowing the hypnotic and subtle acoustic strings and percussion. Listeners can hear the timbre of Bagayogo's remarkably expressive kamele n'goni (a small, six-stringed, lute-like instrument) playing as he transitions from low, earthy, fuzzy notes to high clear notes that have the delicacy of acoustic guitar. Perhaps it was the initial rush of this first collaboration that made it so good, but "i"Sya is an even more compelling, and more subtle, listen than the still very fine "i"Timbuktu. "i"--Tad Hendrickson

50+ years of helping animals, people, and the place we call home.

Stay in the know. Be ready to act.

Stay up to date on the animals and issues you care about most. You can unsubscribe at any time.

Unfortunately, the browser you use is outdated and does not allow you to display the site correctly. Please install any of the modern browsers, for example: